The ongoing coronavirus crisis has dealt a massive blow to many businesses and due to which, entrepreneurs are widely affected. It should be noted that the cumulative wealth of Indian billionaires has dropped 23 per cent to $313 billion this year.

Moreover, the number of billionaires has reduced by four to 102, as per the Forbes Billionaires List 2020. While most of the Billionaires so much money, there are very few who have gained due to this situation.

Forbes which is the world’s popular magazine frequently releases lists of billionaires in several categories and countries. It has now once again come up with the recent lists of Billionaires in India.

The combined net worth of billionaires across the world this year is said to be $8 trillion which was $8.7 trillion in the previous list from Forbes.

As far as India is concerned, the billionaires in the country here have also seen a record-breaking decline owing to a decrease in consumer demand. Now, the total number of Indian billionaires has come down to 102 from 106 in the year 2019 and the collective net worth has declined 23 percent to $313 billion as per Forbes.

Here is the list of top 10 Billionaires in India 2020 according to Forbes:

Meanwhile, the top business magnate Mukesh Ambani retained the top spot in the Indian billionaires’ list. Nonetheless, the Reliance Industries chairman lost nearly half his wealth to stock market crashes and global oil wars which was sabotaged by the coronavirus outbreak.

In March, Ambani lost the tag of Asia’s richest man as he surrendered his spot to Alibaba founder Jack Ma. His wealth now stands at $36.8 billion, as per Forbes.

The recent official announcement that social media giant Facebook will be investing ₹43,574 crore for a 9.99% stake in Reliance Jio Platforms has now made Mukesh Ambani the richest person in Asia.

Jack Ma is none other than the founder and the former executive chairman of the Alibaba group.

“Facebook is teaming up with Jio Platforms – we’re making a financial investment, and more than that, we’re committing to working together on some major projects that will open up commerce opportunities for people across India.”

It has been learnt that Jio reportedly had 370 million or 37 crore subscribers in January 2020. The Facebook deal is estimated to be at Rs 43,574 crores for 9.99 per cent (which is almost 10 per cent stake). The total value of Jio according to Facebook is ₹435740 crore.

It should be noted that the investment by Silver Lake values Mukesh Ambani’s Jio Platforms at an equity value of Rs 4.9 trillion and an enterprise value of Rs 5.15 trillion which represents a 12.5% premium on the equity valuation of the Facebook investment announced on April 22, 2020, Reliance Industries added in a statement

“I am delighted to welcome Silver Lake as a valued partner in continuing to grow and transform the Indian digital ecosystem for the benefit of all Indians. Silver Lake has an outstanding record of being a valuable partner for leading technology companies globally.

Silver Lake is one of the most respected voices in technology and finance. We are excited to leverage insights from their global technology relationships for the Indian Digital Society’s transformation,” said Mukesh Ambani, Chairman and Managing Director, Reliance Industries.

For the unversed, Silver Lake is a renowned investor in technology space. The company has over $40 billion in combined assets under management and committed capital. Its investments include the likes of Airbnb, Alibaba, Ant Financial, Alphabet’s Verily and Waymo units, Dell Technologies, Twitter and many other global technology leaders.

“Jio Platforms is one of the world’s most remarkable companies, led by an incredibly strong and entrepreneurial management team who are driving and actualizing a courageous vision. They have brought extraordinary engineering capabilities to bear on bringing the power of low-cost digital services to a mass consumer and small businesses population.

The market potential they are addressing is enormous, and we are honoured and pleased to have been invited to partner with Mukesh Ambani and the team at Reliance and Jio to help further the Jio mission,” said Egon Durban, Silver Lake Co-CEO and Managing Partner. 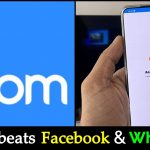