The whole world is in a state of shock after the novel coronavirus pandemic impacted lakhs of people’s lives. So far, 284,762 people have passed away linked to coronavirus and over 4.2 million people were affected by the virus infection. Thankfully, over 1.5 million people have recovered from the deadly outbreak.

Meanwhile, a report on Coronavirus has come out which shows that China deliberately hid the reality of COVID-19 outbreak from the world. As per the report, China’s President Xi Jinping appealed to Tedros Adhanom Ghebreyesus, director-general of the World Health Organization, to hide COVID-19 data from the world.

President Jinping personally asked WHO to hold back information about human-to-human transmission and delayed the global response by four to six WEEKS’ at the start of the COVID-19 outbreak, report claims.

According to a report of Daily Mail, Germany’s Der Spiegel published news about it. Germany has published this report based on the input of the country’s intelligence agencies, known as the ‘Bundesnachrichtendienst’ (BND).

According to the BND, on January 21, President Xi Jinping urged WHO chief Tedros Adhanom Ghebreyesus to hold back information about a human-to-human transmission and to delay a pandemic warning. The BND estimates that China’s information policy lost four to six weeks to fight the virus worldwide.

However, the WHO refuted the allegations of hiding information on coronavirus levelled against them and released a statement shortly after the publication of the shock claims, calling them ‘unfounded and untrue’.

“Dr Tedros and President Xi did not speak on January  21 and they have never spoken by phone. Such inaccurate reports distract and detract from WHO’s and the world’s efforts to end the COVID-19 pandemic,” the statement read.

Earlier, Taiwan media revealed its report which shows that the death toll and the number of infections continued to climb in China since the virus was detected in Wuhan (the epicentre of the virus), China. But the Chinese government did not reveal the exact data that could show the total number of death cases from Coronavirus.

If we go by the Tencent report then the actual death toll could be much higher than what has been officially reported. Tencent company shared its data on its webpage titled “Epidemic Situation Tracker” 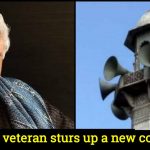 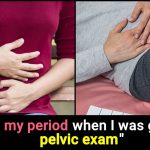