Vidyut Jammwal is one of the most reputed and versatile actors in the film industry. He gives absolutely everything to entertain the audience. Moreover, he is well known for performing some unbelievable stunts on-screen and that’s his speciality.

His incredible hard work reaped him huge rewards as he has been featured as one of the top six martial artists across the world. Interestingly, he is the only Indian to have featured in the prestigious list selected by the most popular American website Looper.

What really distinguishes Vidyut is his deep knowledge of the martial art Kalaripayattu and his understanding of its philosophy to not only protect and fight but also use it to heal.

Vidyut Jammwal hasn’t let a chance to make the headlines over his fitness and action in films.

His name is often connected or associated with co-star Adah Sharma. It is cognisance of the fact that Adah Sharma and Vidyut Jammwal have worked together in the Commando franchise ever since the beginning and the sheer understanding and friendship of the two has indeed been worth watching.

It’s because of their marvellous chemistry, questions were always raised about the bonding of both and their linkup came up recently.

It was only recently that Adah Sharma’s shared her TED talk YouTube link with a tweet with caption: “My TED talk !! Tell me what u think ! I’m free now I will read all youtube comments loooollll”.

Vidyut Jammwal had retweeted the post and wrote, “My personal favourite..articulate and funny..A must watch” recommend it to his followers.

On this re-tweet, a Twitter user asked the actor about his relationship with Adah Sharma,

Vidyut Jammwal had cleared the doubt of his fan with a pretty quick response and wrote on Twitter,

““Just friends “ not at all ..we are courageous,kind,intuitive,focused,grateful,open-minded,unassuming,considerate,sharing,Educated,happy,calm ,quite and BEST FRIENDS..I wish upon you someone like us” 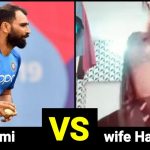 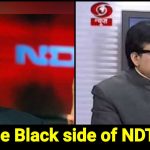