In Pakistan, sweeper jobs are ‘culturally’ reserved for non-Muslims like Hindus and Christians. They do not have the opportunities to get better skills and education, they remain in their profession.

A photo of Jamshed Eric has gone viral on social media in which he can be seen cleaning out clogged sewers with his bare hands. He prays to Jesus to keep him safe before he goes inside the sewers.

Moreover, he wears no mask or gloves to protect him from the stinking sludge and toxic plume of gas that lurk deep underground. “It is a difficult job,” Mr. Eric said. “In the gutter, I am often surrounded by swarms of cockroaches.”

Mr. Eric, 40, has been forced to clean three sewers for $6. After a long day, the stench of his work does not go away. “When I raise my hand to my mouth to eat, it smells of sewage,” he said. Earlier, the Pakistan Army published an advertisement for sanitation workers vacancy which was to be filled by “Non-Muslims” only.

These minorities are forced to convert to Islam or else flee Pakistan. After the partition, Pakistan was formed on the religious base due to which atrocities on minorities such as Hindus, Sikhs, Jains, and Christians have increased a lot.

When it comes to its minorities, especially non-Muslims, Pakistan’s track record has not been particularly impressive.

Over the years, discrimination has spread on the basis of minorities and religion across Pakistan. Religious discrimination is a never-ending issue in Pakistan which has been running since 1947 and there is no remedy till now. Pakistan has over 20 crores population, out of which around 3.4 million people belong to the Hindu community and the majority of which are Dalits or people of Scheduled Castes. 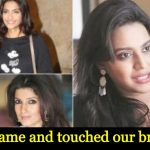 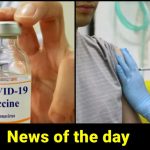