Lockdown has once again been extended for another 14 days which will end on 17 May. However, the government has issued some relaxation to green zone districts.

After 40 days of nationwide lockdown, A massive crowd gathered at liquor shops. As soon as people came to know that liquor shops have been allowed to open, hundreds of people thronged the Delhi road in the hope of getting wine.

Meanwhile, an image of a man went viral on social media, in which the man was seen returning home with wine in his hand. He said that the government earns too much from liquor. When we buy liquor, we pay a lot of tax to the government which helps the country run.

The man can be seen carrying alcohol from a wine shop after authorities allowed sale of liquor with certain restrictions, during the ongoing COVID-19 nationwide lockdown. He says that I am the savior of the Indian economy as I am buying wine from the shop and paying indirect tax to the country.

He was seen very happy after buying wine from shops and he expressed his happiness by showing wine bottles. In the picture, the man can be seen holding bottles of liquor and wearing a face mask.

He was so glad after getting wine that he said we are contributing to the nation by paying tax. According to him, Tax will help India bring the economy on track which has become vulnerable amid the lockdown.

India has now entered shutdown 3.0 and wine shops have been permitted to operate in Green Zones while maintaining social distancing. The Delhi government has issued an order allowing state-run liquor shops to operate from 9 am to 6.30 pm in the city, and directed deployment of marshals at these outlets to maintain social distancing.

People can be seen waiting for their turn outside a wine shop after authorities allowed the sale of liquor with certain restrictions, during the ongoing COVID-19 nationwide closure. 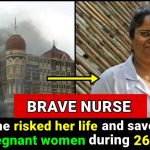 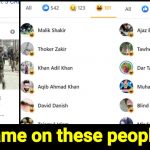