The world is in a state of shock after the novel coronavirus outbreak impacted lakhs of people’s lives. So far, 1,14,979 people have passed away linked to coronavirus and 18,59,011 people were affected by the virus infection. Thankfully, 4,38,236 people have recovered from the coronavirus pandemic.

A 103-year-old Italian woman has recovered from the deadly virus and thus inspiring others in the hard-hit nation. The woman by the name of Zanusso, a retired textile factory worker, lives at the “Maria Grazia” nursing home in Lessona, in northern Italy said that retaining courage and faith helped her beat the disease.

Italy, which is the worst-hit country has 1,52,271 confirmed cases of coronavirus where 32,534 people recovered from the disease and death toll stands at 19,468.

A month ago, 103-year-old woman became the oldest person to beat coronavirus.

The oldest grandmother identified as Zhang Guangfen was admitted to hospital in Wuhan on 1 March and just six days later, she was released and sent home.

Her sensational speedy recovery has been credited to the fact she had no underlying health conditions, besides mild chronic bronchitis, her doctor by the name of Zeng Yulan is quoted as saying in Chutian Metropolis Daily.

It is said that Coronavirus (COVID-19) is more deadly to elderly people and people with pre-existing health conditions.

While Zhang Guangfen is the oldest person to recover, a 100-year-old man with heart failure, Alzheimer’s and hypertension recovered from the disease in Wuhan last week after being treated by military doctors.

A 103-year-old woman in Iran recovered after being infected with the coronavirus, state media reported. The unnamed woman had been hospitalised in the central city of Semnan for a week, IRNA news agency added.

But she was discharged after a successful recovery, Semnan University of Medical Sciences head by the name of Navid Danayi was quoted as saying by IRNA. The woman was said to be the second elderly patient in Iran to have fought the disease.

The other person was a 91-year-old man from Kerman, in the southeast of Iran, the news agency added in a statement. After being sick for over three days, he recovered despite having pre-existing medical conditions like high blood pressure and asthma. 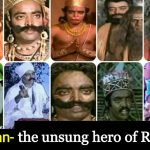 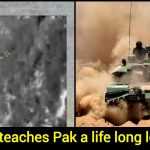