Doctors are working beyond the bounds of possibility at hospitals in a bid to provide the best treatment for coronavirus positive patients.

In shocking news reported from Gaya in Bihar, a woman admitted to the coronavirus isolation ward at a medical college, was allegedly sexually assaulted by a healthcare worker for two days. The unexpected incident came to light on Tuesday.

The woman was admitted to an isolation ward at Anugrah Narain Magadh Medical College and Hospital (ANMMCH). Her family has now accused a healthcare worker of raping the woman for two days. She passed away due to excessive bleeding at home after being discharged from the hospital.

“The 25-year-old victim had returned to Bihar’s Gaya district from Ludhiana (in Punjab) along with her husband on March 25. Before returning to her in-laws’ place, she had undergone an abortion at Ludhiana just when she was two months pregnant,” added a report by Deccan Herald.

She had complained of excessive bleeding after reaching Gaya. Her husband had admitted her to Anugrah Narain Magadh Medical College on March 27 where she was admitted to the emergency ward.

After doctors doubted that she was infected by coronavirus and was kept in an isolation ward. Her family members have also alleged that a doctor attending her in the corona isolation ward aroused her modesty for two successive nights on April 2 and 3 respectively.

“The following day, she was discharged from the hospital after her coronavirus test report was found to be negative. However, after returning home, she remained aloof and struck by fear. On questioning, she revealed how a doctor had sexually abused her in the isolation ward,” her mother-in-law told Deccan Herald.

Unfortunately, she passed away on April 6.

The police had asked the mother-in-law to come to the hospital and identify the doctor. Nonetheless, the accused was not identified.

Dr VK Prasad, who is the hospital superintendent added that based on the first impression itself, this is a serious matter. He also added that CCTV footage will be dug out and stringent action will be taken against the wrongdoer.

Meanwhile, the National Commission of Women (NCW) has taken cognisance of the matter.

Recent Update: April 11, Police have initiated a probe into allegations of sexual assault inside the corona isolation ward of ANMMCH. Now, a complaint has been filed against an unidentified person. 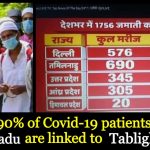 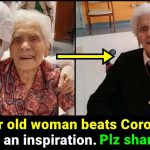