Bollywood actress Sara Ali Khan recently made a surprise visit to Kashi Vishwanath temple in Varanasi where she participated in the Ganga aarti. People started criticizing the actress after she was seen performing Ganga aarti on Dasaswamedh ghat. The actress has put herself into trouble after making an appearance at the temple.

Sara Ali Khan, who is the daughter of actor Saif Ali Khan and Amrita Singh, shared a video on social media. “Namaste Darshako. Banaras ki galliyo se… oh what a lovely day. So much fun – such little you pay. If only in Varanasi one could stay,” she captioned the video in which she can be seen giving a small tour of Varanasi.

Sara’s decision has stirred controversy and now a lot of people are criticizing her. The Bollywood actress is now facing a lot of problems and there seems to be no end to problems. The actress appeared at the temple with her mother and actor Amrita Singh. After the actress paid a surprise visit to Kashi Vishwanath temple in Varanasi, many were so angered that they began to tweet.

Chandra Shekhar Kapoor, the secretary of the Samiti, said, “The actor’s visit to the temple is against traditions and established norms. It also raises questions on the security of the temple when there is a signboard clearly stating that the entry of ‘non-Hindus’ is prohibited.” He said that some priests had violated norms because they had probably got “a handsome dakshina” and free publicity.

She faced flak on social media for posting the picture with the Ganga aarti. Apparently, the video did not go well with plenty of users, who claimed the actress is Muslim and should stick to Islam.

People are trolling her saying, “‘Shame on you if you are Khan then don’t change god”. But people should not forget the fact that her mother Amrita Singh is a Hindu. So, she can visit a Hindu temple if she has faith in God or Goddess.

It is not the first time the actress is being trolled by netizens. Earlier, the actress was criticised for worshiping Lord Ganesha.

She captioned the picture, ‘Ganpati Bappa Morya!! May Ganesh Ji remove all your obstacles, and fill your year with laughter, positivity and success. ????????????????? #happyganeshchaturthi’.

After which she faced flak on social media for posting the picture with the Hindu god. ‘Fatwa’ needs to be issued against Sara. ‘Shame on you if you are Khan then don’t change god,’ a user said. 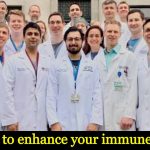