This is the interesting story of Abhinav Tandon and Pramit Sharma who are budding engineers who instead of pursuing their engineering career have launched their own startup business. Their main idea of a startup is very simple and that is selling high-quality tea to the common people. With this simple idea, they built an empire which is earning in crores annually.

Digging in detail about the story – Abhinav and Pramit are software and electrical engineer respectively. After finishing their college both were placed in multinational companies with heavy packages. However, they were keen on starting up their own business. It was no surprise for them to enter into the business field as they read a lot of business magazines during their engineering days.

Though they had ideas to do something innovative there was a lack of capital. Then both of them agreed upon starting a business with a minimum investment that generates more employment opportunities. In order to concentrate the business, they left their jobs and launched the first tea shop with Rs 1 Lakh investment in Sector 16 Noida. Both friends saved this money from their salaries.

In college and job days both of them bought tea from the street vendors that was of low quality. It was then the idea sparked about launching a business of selling high-quality tea to people.

The tea retail store was named ‘Chai Calling’. Within a couple of days, they earned a reputation and trust from the customers. In a few days time, they earned loyal customers by serving the best quality and pure tea. The friend’s business venture gave a solution to most tea lovers. The people are delivered hot and quality tea at their doorstep as and when they wish.

They named the fast home delivery of hot tea as “Chai Brigade” which provides hot and quality tea within 15 minutes. As of now, they have 12 functioning tea stalls and are keen towards expanding their business venture into other cities. They offer as many as 15 varieties of tea which cost around Rs 5 to 25.

It is worth mentioning here that the annual turnover of their business has touched crores of rupees. It is indeed inspiring how these youngsters preferred to run the business besides continuing their respective jobs to provide employment opportunities to people while also bringing quality service to others.

There is nobody in this world who wants to lead a frugal life. Though we all dream of being successful very few of us actually get to relish the taste of success. Many of them give up dreams midway due to lack of perseverance or loss at some point or some distractions. Don’t lose hope.

There is nobody in this world who wants to lead a frugal life as all would dream for a luxurious life. Life offers us chances to grow, it gives us opportunities to become rich, it gives us chances to succeed and Abhinav and Pramit were smart enough to write a success story for themselves. 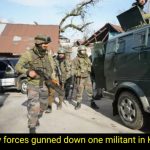 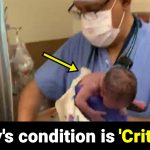