A question in a social science subject paper of the Madhya Pradesh state Class 10 Board examination shocked everyone by referring to Pakistan Occupied Kashmir (PoK) as “Azad Kashmir”. Madhya Pradesh board exams for 10th class students are in progress. The final examinations for Class 10 are being conducted across the state. The term Azad Kashmir was seen in the social science paper which was conducted on Saturday.

Soon after the BJP attacked the Kamal Nath government for referring to POK as “Azad Kashmir”.

The term was associated with question number four in the paper that gave students two lists and asked them to match the pairs with option ‘C’ reading – India-Pakistan war while the fifth option on the opposite side read – Azad Kashmir.

One more question in the paper asked students to recognize  “Azad Kashmir” on the map of India. A resolution of Parliament adopted in the year 1994 mentions that the whole former state of Jammu and Kashmir is an integral part of India. So referring to POK as “Azad Kashmir” is a shame for Congress government.

It comes at a time when the Congress government is on the brink of losing power in Madhya Pradesh as senior Congress leader Jyotiraditya Scindia has left the party and joined BJP.

The controversy broke out as the Kamal Nath government referred to POK as “Azad Kashmir” not once, twice. Pakistan refers to its part of occupied Kashmir as “Azad Kashmir” and it seems that the Indian National Congress has a deep affection for Pakistan.

Even after Air Chief Marshal BS Dhanoa confirmed that the Indian Air Force successfully conducted an airstrike on the Balakot camp, Congress did not feel shame demanding proof of the Balakot airstrike in which several terror outfits of Jaish-e-Mohammad in Pakistan were destroyed. Congress raised questions on the capability of the Indian air force. This is not the first time that Congress has put itself into a controversy. Earlier, Congress blamed security forces for the Pulwama attack.

Union Home Minister Amit Shah, on the other hand, says with courage that Pakistan Occupied Kashmir (PoK) and Aksai Chin are part of Jammu and Kashmir. “POK also falls under the boundaries of Kashmir and we will sacrifice our lives for it”.

Speaking to PTI, state BJP spokesperson Rajnish Agrawal, who shared image of the question paper on Twitter, said, “Kashmir is an integral part of India. The Indian government has passed a resolution to this effect. Has Madhya Pradesh’s Congress regime recognized Azad Kashmir?” He also alleged that senior Congress leaders use the “same terminology” as do Pakistan and separatists.

An MPBSE official said the paper setter and the moderator were suspended and disciplinary action would be taken against them. 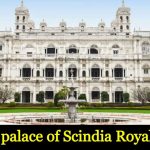