Whenever we hear ‘P.T.’ it reminds us of two things. One is Physical Training at school and the other is P.T. Usha. She was born on 27 June 1964 and hailing from the town of Payyoli in Kozhikode, Kerala, Pilavullakandi Thekkeparambil Usha is one of the greatest Indian athletes to have ever graced the sport.

P.T. Usha might have called it quits from ‘Track and field’ 17 years ago but she will forever remain in our hearts for the fructifying contributions she had done for the welfare of India. P.T. Usha is quite often referred to as “Queen of Indian track and field” and is nicknamed as the Payyoli Express.

Gone are the golden days when the 80’s and 90’s kids used to admire P.T. Usha to the core. She is known for the knack of lighting up the track at a blistering pace as she is a potential sprinter by trait. P.T. Usha has over 100 international medals to her substance.

The ‘Golden Girl got the national recognition during the 1979 National School Games, where she successfully clinched the Individual Championship. P.T. Usha is also the youngest Indian sprinter to enter the Olympic foray, Usha was just 16 when she made her debut at the 1980 Moscow Games. Though she was eliminated, she won our hearts.

Picking lessons on the go, in the same year, she came to the fore once again by winning 4 gold medals in the 1980 Pakistan Open National Meet at Karachi. Two years later, she won a gold medal in 200m race and bronze medal in 100m race in the world junior invitation meet which is currently called World Junior Athletics Championship at Seoul.

She stole the spotlight during 1984 leg of Olympics in Los Angeles where she aced the 400 m hurdles heats. She set an iconic Asian record that reads 55.42 seconds which is the best even now. She finished fourth and missed finishing third by a whisker of 1/100th of a second.

She was unstoppable on her path to success as she won 2 bronze medals at the 1998 Asian Track Field meet in Japan and also set a new national record for the 200m race, managing to beat her own previous record set by her before. She currently holds the world record for the most gold medals earned by a female athlete in a single track meet.

She was named the sportsperson of the century and the sportswoman of the millennium by the Indian Olympic Association. She announced her retirement in the year 2000 and after that, she opened the Usha School of Athletics where she spends as much as quality time to nurture the young prospects.

The Lifetime Achievement Award was bestowed with veteran athlete PT Usha for her contribution to Indian sports and for inspiring generations of players. After winning the coveted award, she said that they did not have any proper facilities when she started her career. With no facilities, she used to train alongside railway tracks and on breaches as there was no training spaces back then.

“We did not have any facilities when I started my career. I used to train alongside railway tracks and on beaches as there were no training spaces then,” said Usha after receiving the award.

She added, “Things have changed a lot since then and I am very happy that BBC has taken this initiative, it will motivate the new generation to come into sports.”

After overcoming all the challenges and difficulties in her career, Usha went on to win over 100 international medals and awards for India. She missed the Olympic medal by a whisker at the 1984 Los Angeles Games as she finished fourth in the women’s 400m hurdles and losing the bronze medal by one-hundredth of a second.

Union Sports Minister Kiren Rijiju, Guest of Honour at the memorable event, said, “Achievement must be celebrated and awards are a way to recognise this. India has not been able to build a sporting culture. We are going to change that. “We want to make India a sports powerhouse. We must build sports as a career and make sure our athletes are well taken care of. “That is why we have introduced schemes like lifetime pensions for sportspersons who have won medals for India,” Rijiju added. 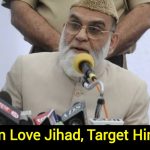 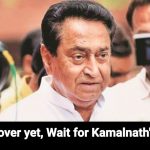