For around 3 years, Sandeep Kumar has maintained a schedule of attending calls, noting down important details, taking his scooter to the destinations and returning with a stock of old or used books and stationery items.

You must have guessed it by now as to what work he is doing. The 28-year-old Chandigarh-based man is a founder of NGO, which is an Open Eyes Foundation has been running an initiative known as ‘Raddi se Shiksha’ where he goes door to door to collect these books and stationery items and then providing to underprivileged students.

So far the initiative has helped change the lives of hundreds of government school including college students with more than 10,000 books till date.

In an interview with The Better India, Sandeep Kumar explains his life story. He narrates how he was born to a farmer and how he struggled to grow up in the village of Dhani Mau in Haryana’s Bhiwani district. He had stayed in the village until he could finish class 12 and then he moved to Chandigarh where his bureaucrat brother and sister-in-law were posted.

Post the graduation, he opted Junior Basic Training Course, which presented him with a perfect opportunity of teaching students in government and private schools until class 5.

As part of his training in the final year, he then worked with government school situated in Bhiwani. The exposure and experience caused him to identify some gaps in the ‘free education’ system.

“The students were very intelligent and would pick up all the concepts we taught in class. But when I asked them if they were taking notes, they would stare at me with blank faces.”

‘We don’t have books, pens or pencils, masterji,’ the kids would lament.

At first, the youngster shelled money from his pocket to fund these fundamental requirements for some deserving students. But as soon as word spread that a teacher was giving out some free copies, many students started asking him for free books. This led him to investigate the matter.

“According to the Sarva Shiksha Abhiyaan, the government provides free education to these kids until class 8 along with a certain amount of money for books and stationery. A lot of times, this money is transferred directly to their accounts but ends up being used for other things.

But when I visited some students who were taking books from me, I realised they were living in abject poverty. Their families did not have enough money to put a square meal on the table, how would they use the allocated money to buy books? I was deeply disturbed, but I was clueless about what to do.”

After returning to Chandigarh, he saw similar issues in city-based government schools and colleges. But this time, he decided to visit these institutions and identify students he could help.

“Because of a lack of textbooks and other study material, these students feel isolated from the rest of their class. I wanted to find a way to help them.”

“I found some of my old textbooks and half-used notebooks that had blank pages. I separated the unused pages and bound them together to make ready-to-use books and refilled old pens. I thought if I could inspire other people to do the same, we could help some deserving students.”

Many motivated him to formalise the brilliant initiative and frame trusted network. It was when it led to the establishment of his NGO, Open Eyes Foundation.

A journey that he started alone has a network of 200 volunteers across the city today.

“We also collect these books at our office in Sector 39B. Before issuing them books to needy students, we request them to fill a form that says that they will return them (textbooks/study material) once their purpose is served. In this way, we expand the circle of change.”

The important initiative appeals to individuals, housing societies, educational institutions, and corporations. The best way to get involved is to organise a donation or collection drive and then notify the team, who will arrange for a pick-up from your doorstep in Chandigarh.

Kumar adds, “Hotels, corporates, and educational institutes can also donate their one month’s dry waste as a CSR activity to support the project.” 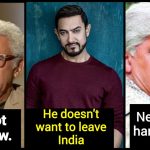 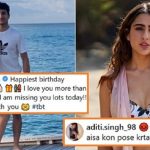