The slow employment growth rate in India is one of the major issues India is facing at present. But this is nothing new as the problem has been there for a long time. The unemployment problem has grown to such an extent that overqualified candidates can be seen applying for posts of ‘peons’ and ‘constables’ which reflected a reality of the current unemployment situation in India.

Companies are constantly working on how to overcome visa barriers and become more global in their operations. Earlier, Infosys, India’s second-largest IT services company, announced that it would open four technology and innovation hubs in the US. It would also hire 10,000 American workers in the state. However, the second such hub is already under construction in Hartford, Connecticut.

While speaking with TOI, TCS HR head Milind Lakkad stated that the company is hiring 1,500 freshers from campuses in the US and Europe this year, one of the highest in recent times. In the fiscal year 2018, 1.7 lakh employees were working with the Indian IT industry whereas there were 1.5 lakh employees in fiscal 2015.

According to data from IHS Markit Research, Indian IT companies are estimated to have paid an average compensation of $96,300 to its US employees in 2018, higher than the average wage of $94,800 that IT professionals get in the US. 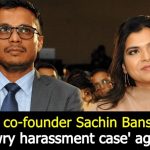 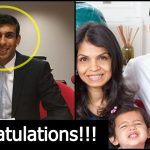