Those days, when there were no internet facilities, people had to work hard to become a star. But now in the age of social media, one can become an overnight star.

Recently, a video on TikTok went viral in which a Zomato delivery boy could be seen answering few questions. The delivery boy, identified as Sonu, became a sensation on the internet after a video of him spread like wildfire within no time.

He became an instant social media sensation for his good looks for his smile and expressions. It should be noted that netizens have taken inspiration from the viral picture to share funny memes all over on social media.

It all started when a TikTok user uploaded his video in which he is seen answering questions.

Here are some questions the young boy was asked like how much does he earn, what happens to the canceled food orders and more.

There was a smile on Sonu’s face while answering the questions. Sonu says that he earns Rs 350 per day, plus incentives and if an order gets canceled, he is free to take it. His smile and expression caught everyone’s attention on social media.

How India’s inherited Love for gold is hammering Indian economy

Sushant was living in a Bandra flat, the rent was ₹4.5 Lac per month 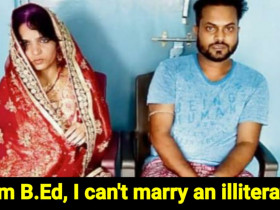