It is being said that infected tourists will go through further rounds of medical examination as they have shown initial symptoms of the infection. Union Health Minister Harsh Vardhan has also confirmed that 15 Italian tourists have been tested positive for the virus on Wednesday.

6 people have been tested positive for the virus till Tuesday including three from Kerala, who were initially tested positive and have recovered. After which the Kerala government declared a state-wide emergency. It should be noted that all three patients in Kerala are students who returned from China’s Wuhan city.

The health minister said that the number of confirmed cases in the country has now increased to 28 after today’s development. Three of them have already recovered.

Coronavirus has created fear among people in Delhi NCR after a school student tested positive for the virus. Noida school was closed for three days after a Class 6 student’s father was infected with the new coronavirus. Now, the school building is being sanitized. The families have been quarantined.

The coronavirus, which originated in China has by far, spread more than 20 countries across the world ever since it came to be known. The deadly virus has grabbed the headlines ever since it was detected in Wuhan, China. The deadly coronavirus outbreak has killed over 3,000 lives so far and over 90,000 have been infected with it.

Prime Minister Narendra Modi and Union Home Minister Amit Shah, on the other hand, decided not to participate in any ‘Holi milan’ celebration this year in the wake of Coronavirus outbreak.

“Holi is a very important festival for we Indians but in the wake of Coronavirus, i have decided not to participate in any Holi Milan celebration this year. I also appeal everyone to avoid public gatherings and take a good care of yourself & your family,” Shah tweeted. 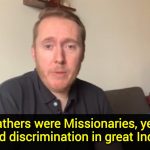 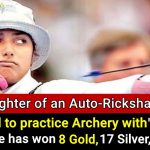