Trump, accompanied by US First Lady Melania Trump, received a red-carpet welcome as he arrived in India on Monday on a two-day state visit, nearly five months after he shared the stage with Indian Prime Minister Narendra Modi at the grand ‘Howdy Modi’ event in Houston, Texas.

According to OpIndia, Congress mouthpiece, National Herald, published a shameful article calling India a ‘shit hole country’. The article’s headline was, “India is the only poor and ‘shit-hole country’ that Donald Trump has ever visited”. The article was written by anti-Modi Aakar Patel, a puppet of Congress.

The author Aakar Patel did not even think twice before writing an article against Modi that his article would tarnish the image of the country. Targeting the Modi government, Patel wrote in his article, “Donald Trump since becoming president has visited 20 countries of which the majority are in Europe. He has been to France four times. He dislikes the developing world and doesn’t want immigrants from what he calls ‘shit-hole country’, in which list he presumably includes India”.

The author Patel writes: “Donald Trump is visiting India for neither strategic reasons nor for trade. The visit is designed to massage the ego of the Indian diaspora in the US and get them to root for him.”

PM Modi on Monday welcomed US President Donald Trump and First Lady Melania Trump on their first-ever visit to Ahmedabad, Modi’s hometown. The public in large numbers thronged to the enhanced Motera cricket stadium, where the two world’s famous leaders addressed over 1.2 lakh people at the massive ‘Namaste Trump’ address. 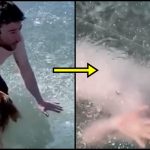 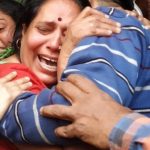