Athletes are not only earning huge sums in their respective fields but also in other business ventures too. They gain through advertisements, endorsements. They even get paid through social media per post as well. Well, do you know much do celebrities through Twitter per post? The numbers are staggering!

Whenever athletes upload a post, they get instant reactions in a matter of seconds. Nowadays it’s easier for us to connect with people who are miles away from us and thanks to social media which made our lives a bit easier. There is no hiding from the fact that we do like and comment especially when a big celebrity shares something.

Next on the list is the legendary Andrés Iniesta. The former Barcelona player was a special football player in La Liga. He was someone who added a new dimension to Barcelona’s attack. The Spanish star has 24.6M followers on Twitter and earns an advertising value of $590,825 per post. After leaving Barcelona, Andrés Iniesta has been playing for Japanese soccer club Vissel Kobe.

The third person on the list is none other than Neymar Jr. He is one of the best players in the world. Hailing from Brazil, Neymar Jr. has 45.6M followers on Twitter and takes $478,138 for a single post on Twitter handle.

The NBA superstar LeBron James charges $470,356 per Twitter post. In fact, he is the only American athlete in the top five most valuable athletes in the world on Twitter platform.

Having more wealth means one can easily invest money in several other businesses. Virat Kohli owns a string of gyms under the name ‘Chisel’. He has invested money in startups named ‘Stepathlon Kids’ and ‘Sports Convo’, wherein he is also a brand ambassador. In addition to that, he has an e-commerce fashion brand WROGN.

Virat Kohli is placed fifth on the list of highest-paid athletes in the world for Twitter posts. The estimated value per tweet is $350,101. The world’s best batsman has 33.8M followers on his official Twitter handle. 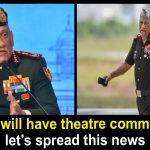