In massive achievement, underworld gangster Ravi Pujari, who was wanted for crimes like murder and extortion, has finally been extradited from Senegal and brought to India in the wee hours of Monday.

The fugitive notorious gangster is said to have a network in Mumbai in the 1990s, now has been nabbed and extradited from the west African country of Senegal.

Ever since Pujari fled the country, he has been facing extradition to India on charges of extortion and murder. India has been working hard to extradite fugitive Pujari for several years. Finally, hard work paid off. In what seemed to be a massive win for India.

The 51-year-old has several charges against him including extortion, murder, and ransom. In Karnataka, there are 101 cases against him, he was arrested on the charge of murder and extortion in Gujarat. Ravi Pujari had fled the country and was living in Senegal for many years.

According to sources, Ravi Pujari will be produced before the court on Monday. Fugitive Pujari approached the Supreme Court of Senegal with a petition that he was not the person India was looking for, but the intelligence agencies in coordination with Senegal authorities were able to convince the court that Pujari was trying to mislead investigators.

However, the petition was dismissed by the Supreme court. After the Supreme Court rejected his application, a team of Karnataka Police with the help of South African authorities and Senegal police nabbed Pujari.

Gangster Raviprakash Sulya Pujari alias Ravi Pujari had been on the run for over 17 years and wanted in over 100 cases across. He has been in the news in early 2000 when he used to extort money from famous Bollywood personalities and builders. He was charged with attempted murder. He will stay under police custody until he is produced before the court. 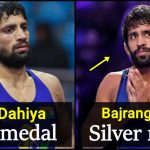