There is nobody in this world who wants to lead a frugal life. Though we all dream of being successful very few of us actually get to relish the taste of success. Many of them give up dreams midway due to lack of perseverance or loss at some point or some distractions. But none of these negative factors defeated Prem Ganapathy as he pushed himself to do better and hence he succeeded in becoming a great Indian entrepreneur and businessman.

This is the inspirational story of Adarsh Jalan who quit his IT company job and built Rs.200 crore empire.

In the early 2000s, Adarsh came to Bengaluru in the hope of starting his own software business. After 5 years of working in the IT stream, he decided not to continue in the same field of work. He started new innings in his life when he came to know that gherkins were being sold by farmers to big global companies in the streets of Bengaluru. Being from a business family that has ventured into a lot of products barring food, closest being tea, Adarsh made use of the jackpot to better effect.

He had set up Neo Foods in 2005, where the company directly started working with farmers, assisted them, taught them and build a close connection over a transaction.

His route map to success was observed on day one when Neo foods became an export company, having 100 per cent of exports to foreign countries like Russia during its initial days.

Then, once the export empire became balanced, the company has now ventured into domestic markets since 2014 which is operated by the better half of Adarsh, Mrs. Shalini Jalan.

More than 2000 stores in the country and a dedicated family leading the business, Neo foods has also managed to expand the business, starting from just pickled vegetables to quality fruits and vegetables.

Initially, the company faced logistics issues, communication gaps with farmers and moreover, they hard to convince retailers to start selling a new product. However, they have now tie-ups with big names like Spencer’s for their increased sales. 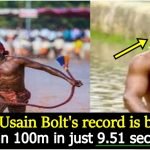