Cricket is the most-watched sport in India. Millions of fans follow the sport because they believe it’s not just a sport but a religion. Arindam Aggarwal, who is a die-hard cricket fan since his young age always wanted to follow his passion and that is to make quality cricket willows. Hailing from Lucknow, the 20-year-old young boy touched the pinnacle of success that he desired solely because of his never-give-up attitude.

Arindam Aggarwal is pursuing Mechanical engineering from the University of Bristol. He was born and brought up in the city of Lucknow in India. He made up his mind to launch his own company and become an entrepreneur. He set up a company by the name of A2 Cricket Pvt Ltd. in 2016 in order to make his city a grand hub of manufacturing cricket bats.

It should be noted that Lucknow was not in the bracket of cricket manufacturing hubs and it was limited to Meerut, Srinagar, and Jalandhar. Needless to say, all thanks to Arindam because today, Lucknow has made its grand entry.

He initially started with investing about Rs 20-30 lakhs and hard work was the only tool he used for 6 years to finally launch his company. As of now, the company has an annual turnover of Rs 50 lakhs.

He thoroughly enjoyed playing cricket since his school days and then during college in the UK. Besides playing the bat-ball game that he truly loves the most, he also had an interest in making of cricket bats.

He then analyzed bats, understood different specifications and became the guy in college who suggested people on which kind of bats to buy and when to buy. He used this wide range of knowledge and interest to get into the business of manufacturing bats. He launched a company to make quality cricket bats.

The company manufactures bats from high-class raw materials, premium quality batting gloves, top-notch leg guards also to provide protection. To sum it up, the materials are eco-friendly and they do provide free packaging for customers as well. Besides making bats, they also repair bats and refurbish them if needed.

The brand is also aiming to sponsor NGOs to offer underprivileged and talented kids with some assistance.

(With inputs from Marketing Mind) 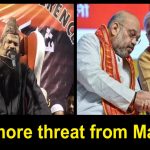