Matthew Boling, an eighteen-year-old senior student at Strake Jesuit College Prep in Houston, Texas took the entire world by storm by setting a new record for the fastest American under 20 to run 100m.

Much to everyone’s surprise, he ran the distance in just 9.98 seconds. He was just 0.4 seconds slower than the current World’s Fastest Man, Usain Bolt.

While Boling may have beat the current record for the fastest American under 20 to run the distance 100m, he is still not the official record holder. That title belongs to Trentavis Friday, who ran the distance of 100m in just 10 seconds in the year 2014.

This is due to the fact that Boling had the advantage of a 4.2mph tailwind behind him.

Recalling his incredible performance to the Houston Chronicle, he said: “It definitely felt good. My block start was pretty good and right out of the gate I knew it was going to be fast, so I decided to turn it up a little bit and ran my best. I was really happy with the time.

“I just have to get ready for that four seconds where I’m nervous and then, like, after that, it’s just smooth.”

Boling’s parents are proud of him, and LADbible reports that his father, Mark, told media reporters: “He just has a work ethic that is beyond anything I’ve ever seen from anybody.”

Video clips of a construction worker running 142m in just 13.42 seconds during Kambala have gone viral on the internet and people across the world have already started to compare him with Usain Bolt. It should be noted that Kambala a type of sport where people sprint through paddy fields with buffalo.

The construction worker who hails from Karnataka is identified as Srinivasa Gowda. He took only 9.55 seconds to run a distance of 100 metres. He stunned the world by running 100 metres and many claimed that Srinivasa Gowda’s timing was comparatively faster than Usain Bolt, who holds the world record in the 100-metre race at 9.58 seconds.

Here’s one post: “Mr. Srinivasa Gowda from Moodabidre, Karnataka ran 100m in 9.55 seconds at a #Kambala (buffalo race). He was faster than @usainbolt who took 9.58 seconds to create a world record.

Digging in detail about Kambala, it is an annual buffalo race held in the southwestern state of Karnataka. As per tradition, it is sponsored by local Tuluva landlords and households in the coastal districts of Dakshina Kannada and Udupi.

Srinivasa Gowda ran alongside a pair of buffalo in a field filled with muddy water.

A user wrote: “True, but physics says something was making him run faster. Anyhow, appreciating his strength.”

Another user wrote: “What a physique… it seems someone carved him from stone… marvellous…”

“OMG. Is it real? The Indian government needs to look into this man’s speed. Can you reach out to the Sports Authority of India or the Sports Ministry?” asked a user.

“This guy will surely get us a gold medal at the Olympics!” another user remarked.

During the 1968 Summer Olympics which was staged in Mexico City, African-American sprinter identified as Jim Hines earned the prestigious title of ‘fastest man on the planet’ when he broke the long-standing 10-second barrier in the 100 m competitive event. With a time of 9.95 seconds, Hines won Olympic gold and also set up a 100 m world record that remained unbeaten for 15 years.

Usain Bolt is the greatest sprinter of all time

Usain Bolt is the world record holder in the 100 metres, 200 metres and 4 × 100 metres relay. Due to his impressive achievements and sheer dominance in sprint competition, he is regarded as the greatest sprinter of all time. Jamaican former sprinter. Bolt ran 100 metres in just 9.58 seconds in 2009. 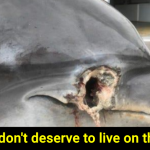