In shocking news, four people have reportedly lost their lives in a massive fire that broke out at a textile unit in Ahmedabad, Gujarat.

A total of 19 fire tenders were pressed into service following the incident. According to the Ahmedabad Fire and Emergency Services (AFES), the blaze broke out in the evening and they received a call at 5:48 pm. Soon, a total of 19 vehicles from (AFES) were sent at the spot to control the fire and the fire was brought under control.

Heavy smoke was reported to have originated from the premises of Nandan Denim Ltd on Narol-Pirana Road. “Based on the initial report, a total of 12 vehicles were sent at the spot. After assessing the severity, seven more were called from nearby fire stations. In all, there were two snorkels, five multi-purpose vehicles and eight tankers among other vehicles,” said a senior AFES official.

“Four charred bodies were recovered from the denim factory after the fire was doused. Their identification is underway,” said Deputy Commissioner of Police (Zone 6) Bipin Ahire.

Firefighters had to struggle a lot to bring the fire under control, but finally, they put out the flames. During the debris removal operation, two more charred bodies were found after which the death toll in the fire incident rose to seven.

General manager, fire safety officer and a whole-time director have been arrested by the Police. The cause of the fire is yet to be ascertained. 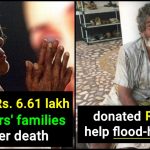 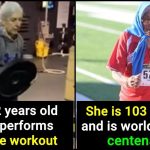