India has been a land of several valiant warriors. Queen Tarabai Bhonsle was also a valiant warrior of the Maratha Empire. Rani Tarabai died at the age of 86 in 1761 and Samadhi, in memory of Tarabai, was built at Mahuli in the Satara district of Maharashtra. But the condition of Tarabai’s Samadhi is not worth seeing. Tombs of invaders are well taken care of, well maintained, but Samadhis of the warriors of the soil are kept in a neglected condition. No one pays attention to the Samadhi in our society. Nobody is worried about the worst condition of the Samadhi of the warriors in India. Warriors in India are the epitome of bravery and courage, but Hindu people have become so confined to their lives that they do not get time to maintain samadhi of the warriors.

Born in 1675, Rani Tarabai was the daughter-in-law of the empire’s founder Shivaji. Tarabai was married to Shivaji’s younger son Rajaram at the age of 8 years. Rani Tarabai was well-trained in sword fighting, archery, cavalry, military strategy, and also how to make great strategies to win the war against the enemy. Shivaji, a great warrior & visionary laid a strong and solid foundation that after his death in 1680, several battles were fought between Marathas and Mughals from 1681 to 1707. It is said that the Mughals were razing and destroying Hindu temples as they hated Hindus.

Tarabai witnessed the rise and fall of the Marathas. After the death of Shivaji in 1680, Aurangzeb was all set to attack the Maratha empire. Understanding the urgent need for strategic and stable leadership, Rani Tarabai took charge of the war against Mughals and led the Maratha army. Despite the loss of her husband, Rani Tarabai did not lose her courage. She continued to fight against the Mughal army. Encouraging her commanders and soldiers, she fought with grit and determination against enemies.

Unlike Maratha soldiers, Mughal had a huge army loaded with heavy weapons. Despite that, Rani Tarabai played a crucial role in protecting the Maratha empire. One of the best things in Tarabai was that she was fond of learning new skills, even if it was from the enemy. She used Aurangzeb’s tactic of bribing commanders on the enemy side. Using Aurangzeb’s techniques, Tarabai and her commanders began entering the long-held territories of the Mughal empire. That technique helped Maratha a lot to win the battle. Eventually, Tarabai and her army decimated the Mughal army at the battle.

Tarabai was admired a lot for her bravery and dedication towards the Maratha empire by her soldiers and commanders. Under her leadership, the Maratha army expanded on a large scale in India. Tarabai died at the age of 86 in 1761. If Rani Tarabai had not taken charge in 1701, the Mughals would have defeated Marathas and the history of India would have been very different.

Sadly, not many people know about such a queen warrior Tarabai Bhonsle. Proudly she still inspires us. May the glory of Tarabai remain evergreen. 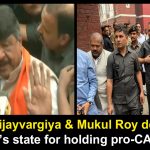 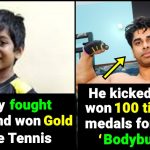