Superstar Rajinikanth is all set to spice it up in an upcoming intriguing episode of survivalist Bear Grylls’ famous adventure show ‘Man Vs Wild’. Not a long ago, PM Modi joined Bear Grylls for the adventure-survival series as they visited and also captured some scenes in the Jim Corbett National Park in Uttarakhand.

As per the reports, Rajinikanth and Grylls will explore the wild in Bandipur Tiger Reserve, Karnataka and the shooting for the episode will happen for six hours in a day in the forest area. First-day shoot has been done on January 27 and the rest of the portion will be completed on Tuesday.

According to the sources, Rajinikanth has taken a few days off from his busy acting schedule (Thalaivar 168) and also went to Mysore to shoot for Man vs Wild. Rajinikanth has given two days from his hectic schedule for this episode. The legendary actor shot at some dense and extreme locations in Mysore braving severe conditions according to IANS.

It has been said that the episode will be shot over three days at the Bandipur Tiger Reserve in Gundlupet, Chamarajnagar district in Karnataka.

The Forest department has given permission with certain riders. However, at the time of filming, the production house should make sure that there is no damage done to trees around and should cause no disturbance to the wildlife.

Do you get goosebumps when you hear the name, Bear Grylls? Yes, because he is definitely from another planet. His real name is Edward Michael Grylls. He is a Northern-Irish adventurer, writer and also a Television presenter. He is well known for his Television series ‘Man vs Wild’. Bear Grylls does everything to make the audience understand what thrill is all about.

‘Success requires Sacrifice’ A quote said by great Bear Grylls himself. His impeccable bravery to overcome the worst challenges makes the weird man a very rare breed. His Television series is aired on the famous Discovery Channel in different languages in India. The man with a huge fanbase is actively involved in a number of wild survival television series in the UK and in the US.

Bear Grylls extended his full service to the British Army for three years (from 1994 to 1997). In 1994, he joined the 21 Regiment of Special Air Service (SAS) where he gained vast experience about the survival tricks. He is someone who doesn’t fear death. To be able to pull off something weird not once but several times give us clarity that he is born to outsmart challenges.

Put him anywhere in the jungle, he would still find a way out of it. Put him in dense forest for some days, he knows how to survive there. On the dark side, he has faced dangerous incidents that would have put him to death. During a Special Air Service SkyDrive, his three vertebrae got mashed when he fell from a ripped parachute. But even after 8 months of the incident, he climbed Mount Everest with willpower, grit and determination. That sums up the essential Bear Grylls for you!

Bear Grylls and his love for the Indian Army:

It is good to hear someone from outside India showing some admiration for the Indian Army. Bear Grylls has always had a liking for the elite Indian Army. He also wanted to join them after his schooling because he was highly fascinated by the great adventure he experienced during his visit to India. He had heard how Indian army gave independence to Bangladesh from Pakistan and Made 94 Thousand Pak soldiers surrender. Devoid of Indian citizenship, he was unable to join the Army. However, he still spent some quality time with Indian Army in Sikkim.

Bear had a friend named Watty with whom he stepped in India to learn the skills of mountaineering. Luckily, he was taught the unmatched skills of hiking and mountaineering by a retired Indian Army Officer, in what turned out to be the best learning day for him. This is the reason he wanted to join the Indian Army as he was highly influenced by Indian Army officers’ lives. 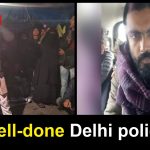 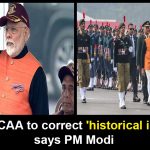