While addressing NCC Cadets in New Delhi, Prime Minister Narendra Modi said the government has brought the Citizenship Amendment Act to correct “historical injustice” and to fulfill a promise made by BJP to minorities living in the neighboring countries”.

Speaking at a rally of the National Cadet Corps in Delhi, Modi said injustices were made during partition by drawing a line across a piece of paper.

PM Modi said, “Those who are indulging in fear-mongering over the CAA refuse to take note of persecution of religious minorities in Pakistan. Shouldn’t we help those persecuted for their faith? Some time back, a Pakistan Army advertisement came out in which it was clearly written that only non-Muslims should apply for sanitation workers post.”

Targeting the previous Congress-led governments, PM Modi said the problem in Jammu and Kashmir persisted since Independence and some families and political parties kept issues in the region “alive”, as a result of which terrorism thrived there. He said the present government is committed to solving decades-old problems plaguing the country.

Ever since the CAA was passed by the Parliament, violent protests have been taking place against the Citizenship Amendment Act. Modi’s statement comes at a time when several protests are being held across the country. In such a situation, his statement can create awareness among those who are protesting against CAA.

Opposition parties are spreading propaganda against the bill. Most propaganda against the CAB is based on lies. They are spreading propaganda in order to provoke the Muslim community against the proposed bill. But the truth is that the Citizenship Amendment Bill has nothing to do with Indian citizens, Muslim or otherwise, as it aims to give Indian citizenship to religious minorities in Pakistan, Bangladesh, and Afghanistan. Anyone belonging to Hindu, Jain, Buddhist, Sikhs, Parsi or Christian communities from these three countries who have come to India before 2014 for religious persecution and already living in India will be given citizenship.

Attacking Pakistan, the prime minister said the neighboring country has lost three wars, but continues to wage proxy wars against India. Slamming Previous governments, he said, they treated the problem as a law and order issue even if our army was ready for action.

Today, People in Jammu and Kashmir are living happily. Terror activities have been curbed in the state after the abrogation of Article 370. PM Modi said the government has managed to address aspirations of the Northeast which was neglected for decades.

Revealing the achievements of the government, PM Modi referred to the Bodo agreement, triple talaq law and abrogation of Article 370 in Jammu and Kashmir. 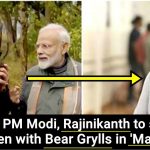 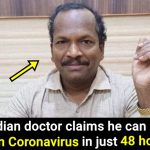