Prime Minister Narendra Modi paid a tribute to freedom fighter ‘Subhash Chandra Bose’ on his 123rd anniversary and said that the nation will always remain grateful to the leader who made a remarkable contribution to India’s freedom.

Today, the 123rd birth anniversary of Subhash Chandra Bose is being celebrated across the country. Bose was a revolutionary freedom fighter and a brave leader who fought for the nation with grit and determination. Here are some of his most inspiring slogans, ‘Jai Hind’ and ‘Give me blood and I will give you freedom’. He was the first to address Bapu as ‘Father of the Nation’.

“Netaji Subhas Chandra Bose played a very important role in the freedom struggle. With Dilli chalo, tum mujhe khoon do main tumhe azadi dunga slogans, Netaji made a place in the heart of Indians,” PM Modi can be heard saying in the background of the video featuring Subhas Chandra Bose, shared on his twitter handle.

The other tweet shows a letter written by Netaji Subhas Chandra Bose’s father.

President Ram Nath Kovind wrote in his tribute message mentioning Netaji Subhas Chandra Bose as “one of our most beloved national heroes and an icon of India’s freedom struggle”.

“Tributes to Netaji Subhas Chandra Bose on his birth anniversary. He remains one of our most beloved national heroes and an icon of India’s freedom struggle. At his word, millions of Indians joined the freedom movement and gave their all. His courage and patriotism inspire us,” President tweeted from his official handle. 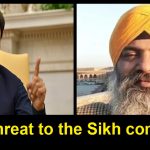