Mumbai is the capital of the film industry and home to Bollywood. Indian cinema has given a number of superstars who have made a great contribution to the film industry. It has given golden opportunities to thousands of people who have fulfilled their dreams. Several actors have achieved new heights and become a role model for millions of people.

Many people attained celebrity status thanks to the YouTube platform. Seeing the growing trend in the digital field, many celebrities started their own channels which are loved, followed and supported by one and all.

Alia Bhatt is one of the most beautiful and multi-talented actresses. She had a great year with her stunning performances in Raazi and Gully Boy, which is India’s official entry to the Oscars. Forbes listed her in India’s Celebrity 100 list. She has received three Filmfare awards.

Alia Bhatt joined YouTube on 7 March 2019. She shares video blogs about her daily life routine on her channel. She has about 1.24 million subscribers

Born on April 24, 1987, in a Bollywood family in Maharashtra, handsome and talented son of director David Dhawan, Varun Dhawan has done many films since he made his acting debut with Johar’s romantic comedy Student of the Year. He stands in the list of top 10 famous Bollywood actors 2019.

Varun Dhawan joined YouTube in March 2019. Varun is promoting the film Street Dancer 3D through this channel. Currently, he has more than 183k followers.

Karthik Aaryan announced his arrival on his YouTube channel in September 2019. Karthik usually shares videos of his song launch and meeting with his fans on this channel. Currently, Karthik Aaryan has 89.7k followers.

Jacqueline Fernandes got featured in the list as she made her debut on YouTube in July 2019. In her YouTube channel, she shares her life, shoots and songs of films on this channel. Ever since she started her own channel, she earned a massive fan-following and that too in a short period of time. She has 368k subscribers so far. 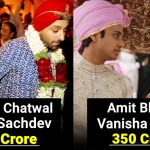