Armstrong Pame, an IAS officer in Manipur had an idea to build a 100 km stretch of road in his city to connect two villages which have been inaccessible for ages. But he never got any support from the government. He didn’t give up! He sprung into action and created a big difference.

The dabaang officer played an indispensable role ever since taking charge at the office and has always set high standards for himself for he marched towards it each day of his life. In some way or the other, he has managed to solve the problems that his city has been facing for ages.

While some officers are taking bribe from bigwigs behind the scenes for their own benefit, Armstrong is carrying the flag of responsibility to bring a change to his city and to put a smile on people’s faces. The honest officer hogged the limelight when he alone constructed a 100 km road in the state in 2012 without government support.

Manipur ran through a miserable experience when heavy showers troubled the city through and through. In the process, waterlogging paralysed normal life. The severe effects of monsoon were witnessed when people lost their homes due to the flash flood in June.

One such district that got badly affected due to the flash flood and landslide was Imphal. Due to these natural calamities, people got affected very badly. However, the state saw real heroes emerge as saviours for the victims. The selfless people, who, without even caring for their own life, sprung into action to give a helping hand to the sufferers.

When monsoon rains arrived in Imphal, everything went into chaos owing to unrelenting rains and in this crisis, a photo of a flood control secretary, Deleep Singh from Manipur standing in waist-deep water and leading rescue operations in a flood-hit area of Imphal went viral on social media. The picture caught people’s attention and social media praised the officer’s gesture and brave act.

Manipur-based June Rose Vaphie is doing her bit to help those in need. She is showing the world how even a small scale business can help turn the pages of poor children’s lives. As per an ANI report, June Rose Vaphie is known to be a social worker and a very successful entrepreneur.

She is working hard day and night for the cause of educating children from humble backgrounds via her business. She makes organic soaps and raises money for the education of orphans. Her organic soaps are said to be non-toxic and are sold in the market at the cost of Rs 150 to Rs 250 each piece.

Her business venture started in 2017 and there is no looking back since then. Her organic soaps are much better than the current soaps being sold in the market. Her soaps are good for skin as it doesn’t have too many chemicals.

Around 33% or one-third of the land should be under the forest cover because forests help in the conservation of the natural environment. In today’s time when there is a huge shortage of trees in the country, this Manipur hero Moirangthem Loiya set a great example by doing his bit for the environment, helping people affected by natural disasters.

Moirangthem Loiya has done something truly great which would help people in the longer-run. He has single-handedly replanted 300-acre forest in Manipur and saved over 250 species of plants. Let’s take a moment to appreciate this man.

It is cognisance of the fact that forest cover in our country is depleting at an alarming rate. Not just that, every now and then, urbanisation happens thus affecting our natural resources. If a new building is constructed at the expense of forest, then the affected tree/s should be replanted somewhere else. Unfortunately, that never happens because humans are greedy.

Moirangthem Loiya from Uripok Khaidem Leikai in Imphal West is well aware of what has been happening in and around his state. So he always wanted to take the matter of depleting forest cover into his own hands. He has single-handedly replanted Punshilok forest in Langol hill-range in 17 years. Yes, he dedicated 17 years of his life to grow 300 acres all by himself.

“Today, forest area covers 300 acres. 250 species of plants and 25 species of bamboo grow here and its home to a variety of birds, snakes and wild animals”, he told news agency ANI.

As plastic pollution has wreaked havoc across the entire globe, father-son duo from Imphal in Manipur, chose to educate people about the need to recycle, conserve and preserve. Sagolband Sadokpam Leikai in Manipur’s Imphal district, where a productive recycling programme is being chaired by Sadokpam Itombi Singh and his father Sadokpam Gunakanta

7-year-old Indian schoolgirl by the name of Licypriya Kangujam (born on 2 October 2011) decided to do something to bring a change to the environment. She started rising her voice about the need for quick action in a bid to fight against climate change and disaster risks reduction and today, she has become a climate activist.

She is well-known for having started the child movement in order to protect Earth by combating climate change and natural disasters that formed in June 2018 and then moved globally after the United Nations Global Platform for Disaster Risks Reduction 2019 (GPDRR2019) in May 2019.

Her personal activism started in June 2018, when her activism “The Child Movement” with the complete backing of International Youth Committee (IYC) rising her voice in the national capital to approve Climate Change laws which began drawing several media coverage. 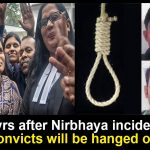 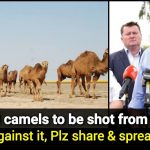