Six-time world champion MC Mary Kom defeated Nikhat Zareen in the summit clash of the 51 kg category at the ongoing women’s boxing trials for the Olympic qualifiers in New Delhi on Saturday.

With the win, Marry Kom has secured her place to represent India at the Olympic qualifiers, which will be held in China in February next year. In a bout which had very few clear punches, Mary Kom prevailed 9-1 to make the squad, but the tension was palpable inside the boxing hall due to the bitter row triggered by Zareen’s public demand for a trial.

Both boxers exchanged words during the bout. A few representatives from Zareen’s home state Telangana’s boxing association cried foul once the result was declared. Boxing Federation of India (BFI) president Ajay Singh had to step in to control the situation after A P Reddy, claiming to represent the Telangana Boxing Association, vociferously protested the decision.

“I was a bit angry. There is no doubt. But it’s all done now. I have moved on. All I say is that talk once you perform not before that. Everyone can see what you do in the ring,” Mary Kom told PTI after the bout.

“I am hurt by how she behaved. She used some foul language inside the ring too, but it’s ok,” said Zareen.

“How will boxing grow amid this kind of politics,” he later told reporters after being asked to leave the ringside by Singh and pacified by a disappointed Zareen herself. 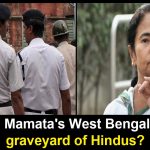 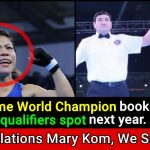