In a big revelation, former IAF chief BS Dhanoa has said that the Indian Air Force made a proposal to the government to strike Pakistani terror camps after 26/11 but the government rejected the proposal.

The statement was made by Dhanoa while addressing a gathering of students at the VJTI’s annual festival, Technovanza.

“The IAF knew where the terror camps were located in Pakistan and we were ready. But it is a political decision on whether or not to carry out a strike,” he said. Dhanoa was the air chief who served from 31 December 2016 to 30 September 2019.

He stated that after the Parliament attack in December 2001, the IAF had proposed punitive action against Pakistan through airstrikes. This was not accepted, he further said.

If peace were to come, Pakistan would lose several privileges, the former IAF chief said while emphasising that Pakistan would keep the Kashmir pot boiling without allowing it to boil over.
According to Dhanoa, the IAF has the ability to fight short, swift wars tomorrow and any future war will be on land, air, sea, and space.

One of the major challenges that India is facing is that it has two nuclear-armed nations in its neighborhood. Although he chose not to reveal the name of the two countries, his reference was towards China and Pakistan. 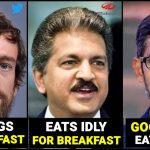