Hollywood is the biggest film industry in the world. There are many multi-talented actors working in Hollywood and contributing to the growth of the industry. Hollywood actors earn huge money through movies and web series. Today, we are going to highlight the top 10 highest-paid Hollywood actors in 2019.

Willard Carroll Smith Jr. is an American actor and rapper. He has been ranked among the top 10 best paid and richest actors in Hollywood.

Paul Stephen Rudd is an American actor, comedian, screenwriter, and producer. He is among the most handsome actors due to his good looking. He falls in the list of highest-paid actors of Hollywood.

Christopher Robert Evans is an American actor. After appearing in the film series, he became one of the highest-paid actors in the world.

Adam Richard Sandler is an American actor, comedian, screenwriter, film producer, and musician.  His work in his Netflix movie established him as one of the highest-paid actors of Hollywood.

Bradley Cooper is an American actor and filmmaker. He has been nominated for several awards and received a Grammy Award and a BAFTA Award. He is also considered one of the sexiest men on the planet.

Chan Kong-sang, also known as Jackie Chan,  is a Hong Konger martial artist, actor, film director, producer, stuntman, and singer. He is very famous for his acrobatic fighting style. In 2015, his net worth was estimated to be $350 million by Forbes, and as of 2016, he was the second-highest paid actor in the world.

Born in Manhattan, New York, Hollywood Actor Robert John Downey Jr began his career as young as age 5. He is one of the most prominent actors in Hollywood. His performance as Iron Man in Iron Man earned him huge popularity. Downey is reported to earn about $75 million and his movies grossing even more. He was listed among the 100 most influential people in the world.

Chris Hemsworth is an Australian actor. After delivering wonderful performance as Kym Hyde in Australia’s TV show ‘Home and Away’, actor Chris Hemsworth moved to Hollywood to become what every star dreams about. He achieved new heights in Hollywood within a few years. He is one of Hollywood’s most handsome actors and falls in the list of the top highest-paid Hollywood actors.

Dwayne Douglas Johnson, also known as The Rock, is an American-Canadian actor, producer, and retired professional wrestler.  He is also among the best-paid actors in Hollywood with an income of about $52 million.

George Timothy Clooney is an American actor, director, producer, and filmmaker. Forbes listed George among the highest-paid actors in the world. He has received several awards including three Golden Globe Awards and two Academy Awards. 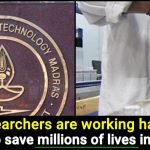