As the nation became a part of the astronomical phenomena today, Prime Minister Narendra Modi joined many Indians to witness the solar eclipse at the best scene. Needless to say, he could not see the solar eclipse due to cloud cover, but he had caught glimpses of it on the live stream.

He also tweeted pictures of him trying to catch the glimpse of the solar eclipse with protective gears on. He tweeted, “Like many Indians, I was enthusiastic about #solareclipse2019. Unfortunately, I could not see the Sun due to cloud cover but I did catch glimpses of the eclipse in Kozhikode and other parts on live stream. Also enriched my knowledge on the subject by interacting with experts.”

A greater part of the eclipse was visible in South India and several parts of India like Odisha, Kerala, Gujarat, Tamil Nadu, Karnataka, Maharashtra and Delhi witnessed the last solar eclipse of the decade today. It is a partial eclipse and the Moon won’t be able to fully cover the Sun. The Moon was in the center and it blocked the sunlight.

After the PM tweeted the picture, it started doing the rounds on social media. The picture of PM Modi looking up at the sky with glasses on and a pair of protective glasses in his hands is trending on the internet. 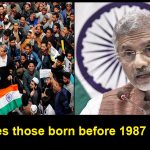 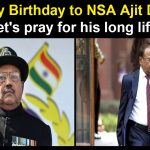