India’s out-of-favour off-spinner Ravichandran Ashwin is quite active on social media, especially on micro-blogging site, Twitter. He usually posts the latest activities on his handle and keeps his fans engaged.

Recently, he asked what is Citizenship bill and he got replies from fans. His tweet read: “Where can I read up on what the citizenship amendment bill is?? #CitizenshipBill.”

Recently, the Citizenship Amendment Bill passed the lower and upper houses of the parliament. This bill offers Indian citizenship to non-Muslims who left neighbouring countries- Afghanistan, Bangladesh, and Pakistan and entered India before the year 2015.

According to this bill, lakhs of immigrants from religious minorities including- Hindus, Sikhs, Buddhists, Jains, Parsis, and Christians will get Indian citizenship. It was on December 4, the Citizenship (Amendment) Bill got clearance from the Lok Sabha. It should be noted that the bill passed the test in Rajya Sabha on December 11.

Just after the news of the bill being passed came out, social media was flooded with massive reactions to the passing of Bill. While many were in total support of the Bill, there were a few who were against the bill. Needless to say, there were also a few people, who literally had no idea about this bill, just like Ravichandran Ashwin. His tweet serves as a testament to the fact.

On the work front, Ravichandran Ashwin is not part of India’s limited-overs’ set-up because he was overlooked by the Indian selectors. The current formula is that the team management is happy with leg spinner Yuzvendra Chahal and chinaman bowler Kuldeep Yadav.

The wrist-spin duo is giving absolutely everything for the team and rightly so, they have also cemented their position in the Indian cricket team making no room for Ravichandran Ashwin to make a comeback here.

However, he is part of the Test squad and has done really well in the matches he had played so far. Besides playing red-ball cricket, he is playing important domestic matches. Ravichandran Ashwin has been traded to Delhi Capitals ahead of the upcoming IPL auction.

Earlier, he plied his trade for Kings XI Punjab as captain but the term performed poorly. Now that a new chapter starts for Ravichandran Ashwin at Delhi Capitals, he will be looking to performing well at Kotla wicket where he would get advantage to bowl and pick wickets in crunch situations of the game. 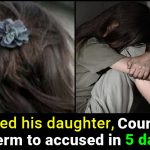