In a sensational development, Lieutenant General Manoj Mukund Naravane, who is currently working as the Vice Chief of the Army Staff, will succeed Army Chief General Bipin Rawat when he calls time at the end of this month following a three-year stint.

It is worth mentioning here that Lt General Naravane took charge as Vice Chief of the Army Staff in September. Previously, he was heading the Eastern Command of the Indian Army that takes complete care of country’s nearly 4,000-km border with China.

An alumnus of the National Defence Academy and the Indian Military Academy, he was then commissioned into the 7th Battalion, The Sikh Light Infantry Regiment in the year 1980.

In a career spanning four decades, Lt General Naravane extended his fruitful services both in the North East and in Jammu and Kashmir. He was also an integral part of the Indian Peace Keeping Force in Sri Lanka during Operation PAWAN. Not just that, he has also served as the Indian Embassy in Myanmar or three years.

Meanwhile, Army Chief Bipin Rawat who calls it quits on December 31, is highly expected to be drafted in as country’s first chief of defence staff.

“The government has set a precedent of nominating the chiefs from a panel of top officers. This time it has gone by seniority. It’s the government’s prerogative to appoint service chiefs,” former army vice chief Lieutenant General AS Lamba (retd) said. 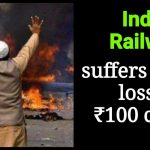