India has given birth to many extraordinary people who have done an incredible job in their life for the welfare of the society; be it Dashrath Manjhi, also known as Mountain Man, Bhaiya Ram Yadav, also known as the father of 40,000 trees, and many others. Today, I want to let you know about a 68-year-old Janet Yegneswaran who has created history by planting more than 73,000 trees single-handedly in Bengaluru.

Janet Yegneswaran took a pledge after her husband passed away in the year 2005 that she would dedicate her entire life to trees. Since then she has planted more than 73,000 trees in Bengaluru and in other parts of Karnataka so far. Today, 13 years later, she is like a mother of 73,000 trees.

“It’s a proud moment to see the honge sapling planted by me, grow into a tree, near my house,” says Janet.

Janet Yegneswaran hails from Ejipura, Bengaluru. It is said, when you have nothing to lose, you are not afraid of taking risks. This is what happened with Janet Yegneswaran when she lost her husband in 2005, she was left with no choice but to start planting trees. It was also the time that Green cover was steadily declining. Greening the city became one of the major problems in the city. So, her initiative came as a boon to help the city recover its lost greenery.

“We are ready to plant saplings at any place across the state if there is a request from anyone,” she says.

Trees are her life. She loves nurturing and taking care of plants. If all goes well, Janet is all set to achieve the milestone of planting 75,000 trees very soon. On June 5, 2006, She first started planting trees in her own garden in the memory of her husband and gradually began to spread awareness among the people around her. While some liked her idea and came forward to help her with the same, others were reluctant. When she started the plantation drive, the major challenge before her was a lack of money. Nevertheless, She kept on planting trees with the hope that one day her work would turn into a fruitful result for the people. Looking at her noble initiative, many people have started reaching out to Janet to plant saplings. Today, after 13 years, when we look at her journey, we will find that her efforts have earned her huge respect across the country.

“While some agreed, others did not support me. But I did not give up,” says Janet.

In her initial days, Janet came in contact with a former landscape designer at Sree Kanteerava Stadium in Bengaluru. She learned from him the type of saplings to be planted in particular regions depending upon the type of land.

The 68-year-old environmentalist also formed the Rajanet Yegneswaran Charitable Trust in the memory of her late husband. The Trust is supported by brands like Nokia, Sony, and Samsung that provide them with funds to plant saplings within their campus or at select locations. But when it comes to farmers and residents, the plantation is done free of cost. The plantation includes Honge, Neem, and many other trees. Apart from this, she also runs a nursery near the BDA complex in Domlur in Bengaluru.

“Some people want to plant saplings on their birthdays or special occasions. A teenager approaches us every year to plants 111 saplings on her birthday” she says.

She has really done an incredible job. She has become an inspiration for millions of people. Her message through her work is to spread awareness among the people and let them know about the value of the trees. We should also take a vow like her that we will plant at least one tree in order to save green cover. 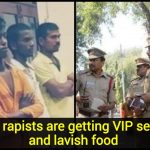