These kind of incidents are frequently happening across several cities and it seems that women are not safe in the country. On Tuesday, Hardoi Police uploaded a video on Twitter which shows superintendent of police Alok Priyadarshi scolding the hotel’s manager and owner.

As per the reports furnished by Hardoi police, Alok Priyadarshi was on his patrolling round on Tuesday night when he saw a woman walking alone on an isolated street. When he asked her, the woman, in reply told Priyadarshi that she works at a local hotel and was returning home.

The policeman had also offered her a lift in his police car and then took her to the hotel where he confronted the manager and owner over failing to offer the female employee a ride back home after dark.

Both the manager and the owner can be seen giving clarifications about how they usually make sure a ride home for the female employee but could not arrange anything on that day but the policeman explained them about the safety of female employees is the responsibility of employers and should not be taken lightly. Priyadarshi also told the hotel management to take safety measures to make sure female employees are not left alone in the odd hours of the night. 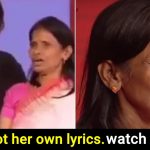