Today, we will learn about the story of 23-year-old Satrupa Anant who became a successful woman entrepreneur in life. She is a local resident of Bhaandi village and since it was a frugal life, she made up her mind to become a two-wheeler mechanic in a bid to support her family. After gaining all the required skills and experience, she had opened a garage, where she also offers training to youth from neighbouring villages.

Her story is one that needs to be told to inspire several other women in the nation. She fulfilled her father-in-law’s dream after finishing her Class 12 from the Higher Secondary School in Bhaandi and then got married into a joint family where she was the elder daughter-in-law.

She says, “I had always wanted to contribute to the family income. As I lacked formal education, I could not take up a job – something that troubled me often and that I wanted to change about myself.”

She also felt that after getting married, it was also her prime responsibility to support her in-laws. “My father-in-law, who passed away after I got married, always wanted to open a garage but because of financial constraints, he could not do so. I decided to fulfil his dream by enrolling myself in the automobile course at Initiative for Livelihood Education and Development (iLEAD),” she says. 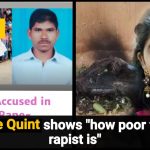 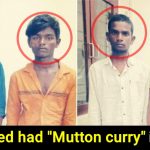