He has won millions of hearts once again with his heart-touching gesture. Anand Mahindra recently took to his Twitter handle to appreciate the efforts of a 19-year-old as he ran away to Shimla to live on his own and become something big in life. The leading industrialist of the country had offered an internship to him.

He was washing utensils in a hotel in Shimla and was sleeping on the roads.

According to the report, he had been working in this hotel for over a month and Dwarkesh had no interest to continue with his engineering because he wanted to prove himself to his family. This is the main reason why he ran away from his home. 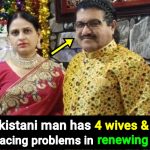