When we talk about the athletes in India, we often categorise them as either overrated or underrated. Sadly, nobody reminds or talks about the forgotten athlete because s/he don’t play the sport anymore.

If you would dig the history and learn more about forgotten athletes, a lot of names would pop up, with the majority of promising careers coming to a close due to lack of funds or financial assistance or sometimes bad luck.

This indeed hurts us to the core and just imagine how much pain our athletes had gone through. That’s the sad reality in our country. Sita Sahu is one among those forgotten athletes in the nation.

Sita was the promising star in para-athletes and well before she touched the pinnacle of success with her amazing talent. Unfortunately, her fate and the harsh reality of life brought the athlete down.

She was only 15 years old when she shot to fame as she won 2 bronze medals at the 2011 Special Olympics in the 200m and 4X400m respectively. Sita was also considered as the next big thing in the sports fraternity.

Two years later, you wouldn’t believe what she is doing. She was forced to sell gol gappas on the street for a living. Due to economic instability, she had no other option but to join her family business of selling street food.

Her family was dependant on the daily income of Rs 150-180. Now, 23 years old, she is returning to the track. With hard work, grit, determination and perseverance, there is no uncertainty that she would make a statement in the big stage. 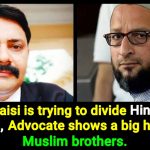 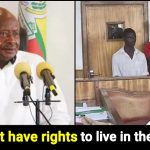