A lawyer by profession, Abhishek Chauhan has completely dedicated himself, to the noble cause of helping people in need. People in and around his locality, as well as all over Allahabad, prefer to call him ‘Real Life Bajrangi Bhaijaan’, due to his endeavours.

There have been countless occasions when he has helped strangers, without thinking twice. Hailing from Allahabad, the generous man runs a bank by the name “Manavta”, which funds all these food-providing campaigns on festivals.

This is quite a brilliant initiative from the resident of Allahabad as shortage of food for the poor has been one of the main problems that people are facing currently. It is quite fair to say that our society needs more heroes like him!

Case in point, being a Ram Bhakt, he has donated a sum of Rs 21,000 each to Mosque and Ram Temple in Ayodhya. He has also appealed to each and every citizen to maintain peace in India.

Ram Mandir will be built at Ayodhya and the Supreme Court, a couple of days ago, in a historic verdict had ruled in favour of Ram Lalla and added that the Central Government should build a trust which will then build the temple at the Ram Janmabhoomi. The Supreme Court had also ruled that the Muslim party should be given a 5-acre land where a mosque will be constructed.

Extremely unhappy with it, AIMIM chief Asaduddin Owaisi lashed out at the Supreme Court’s verdict and had also turned down the 5 acres of land offered by the apex court saying, “We were fighting for our right, we don’t need 5 acres of land as a donation, we should reject this offer”.

Owaisi went on to add saying that, “Supreme Court is Supreme but not infallible. Those who were responsible for razing down the Babri mosque in 1992 have been given the responsibility of forming a trust and building a temple there. I am dissatisfied with the judgment.”

Now, Yoga Guru Baba Ramdev has criticised Owaisi in his recent appearance at Republic TV. Ramdev had labelled Owaisi a traitor. He also gave an explanation as to why he is calling him a traitor.

He stated that Owaisi does not want Hindus and Muslims to live in peace and instead he wants to create fights in India. According to Ramdev, Owaisi is looking to divide India and which is the reason why he is creating communal fights in the country. 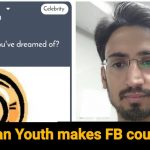 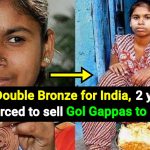