In the latest development, Ram Mandir will be built at Ayodhya and the Supreme Court on November 9 (Saturday) in a historic verdict had ruled in favour of Ram Lalla and added that the Central Government should build a trust which will then build the temple at the Ram Janmabhoomi. The Supreme Court had also ruled that the Muslim party should be given a 5-acre land where a mosque will be constructed.

Lashing out at the Supreme Court’s verdict, AIMIM chief Asaduddin Owaisi turned down the 5 acres of land offered by the apex court saying, “We were fighting for our right, we don’t need 5 acres of land as a donation, we should reject this offer”.

Owaisi went on to add saying that, “Supreme Court is Supreme but not infallible. Those who were responsible for razing down the Babri mosque in 1992 have been given the responsibility of forming a trust and building a temple there. I am dissatisfied with the judgment.”

Now, Yoga Guru Baba Ramdev has launched a scathing attack on Owaisi in his recent appearance at Republic TV. Ramdev had labelled Owaisi a traitor. He also gave an explanation as to why he is calling him a traitor.

He stated that Owaisi does not want Hindus and Muslims to live in peace and instead he wants to create fights in India. According to Ramdev, Owaisi is looking to divide India and which is the reason why he is creating communal fights in the nation.

“I am calling him a traitor because he does not have faith in Bharat or Bharatiyata. He has a religious agenda and he wants to secure his power using this agenda and wants to incite people. He does not want Hindus and Muslims to live in peace. He wants to create communal fights in the country and wants to divide India. There will be no talk of Hindu Rashtra or Islam Rashtra. This is Bharat, this is Hindustan,” Ramdev mentioned.

“If Owaisi has his way, he would create another ‘fasaad‘ in the country like the Nizam’s time but he doesn’t have the aukaat (capability) to partition Hindustan,” he added citing the Hyderabad Nizam’s attempt to create a Muslim-ruled sovereign nation inside Indian territory after Independence.

Before the verdict came, Baba Ramdev had appealed to people to respect the verdict that was to be announced. 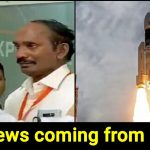 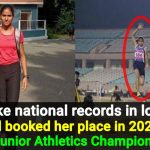