It is always a good story to talk about when India comes through flying colours in its national sport, Hockey. India women did the country proud by registering a berth in 2020 Tokyo Olympics with a staggering 6-5 victory over USA (on aggregate).

From the word go, India women looked in complete control of the game and dominated the possession with such ease, making it tougher for the USA as the game progressed.

India women completed a two-legged qualifier in front of a jam-packed Kalinga Stadium in Bhubaneswar and they convincingly won on aggregate, thanks to Rani Rampal (49′) who scored the only goal of the second leg for India, in what was actually enough for the hosts to book their berth in next year’s Summer Olympic Games.

USA had the opportunity to cause problems to India as they managed to keep the Indian women at bay, scoring 4-0 at half time. However, after goals from Amanda Magadan (5′, 28′), Kathleen Sharkey (14′) and Alyssa Parker (20′), USA was on the receiving end of goals as they levelled the proceedings at 5-5.

Eventually, captain Rani Rampal managed to steer the team to a comfortable position. Later in the day, the Indian men’s hockey team will take on Russia in the second leg at the same venue, having got the better of 4-2 in the first leg.

It should be noted that the Indian women’s and men’s teams successfully made their second chance at qualifying for the 2020 Tokyo Olympics count after missing the opportunity in 2018.

Both the teams had the opportunity to get a direct qualification if they would have clinched the 2018 Asian Games gold but the women settled for the silver medal with a forgettable loss to Japan in the final while the men were shocked by Malaysia in the semi-final and had to settle for bronze. 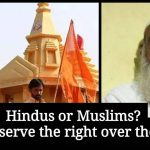 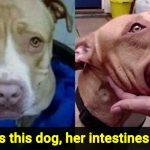