BBC has always come under fire for its biased coverage over the Kashmir issue. Earlier in March, following the Pulwama attack and India’s retaliatory strike, BBC media was exposed for selectively airing only about anti-India opinions in their Kashmir segment.

For many years, Samira Ahmed presented a weekly, 15-minute program on BBC channel that lets viewers question the broadcaster’s executives regarding its shows. But, she’s never been paid more than £465, or $598, each episode.

During much of that same time, when Jeremy Vine presented another weekly which is a 15-minute program for the BBC, he was paid six times more than female host payment.

On Monday, accompanied by other important BBC presenters and journalists, Ms Samira Ahmed went to court only to sue the broadcaster over unequal pay. Ms Ahmed’s complaint comes just over a year after BBC Television was forced to apologize to a senior journalist regarding pay disparities.

“On the back of my BBC I.D. card are written the BBC values, which include ‘we respect each other and celebrate our diversity,’ and ‘we take pride in delivering quality and value for money,’” Ms. Ahmed added in a statement published by the National Union of Journalists, which is backing her case for compensation.

“I just ask why the BBC thinks I am worth only a sixth of the value of the work of a man doing a very similar job,” she said.

Ms. Ahmed argued that both shows were similar — except in one respect: Her program, “Newswatch,” has an audience of between 1.5 million and two million, while Mr. Vine’s program, “Points of View,” attracts about 800,000.

In a statement, the BBC added that it was committed to equal pay and had also denied that ‘gender was a factor’ in deciding Ms. Ahmed’s fee. It described Mr. Vine’s program as “an entertainment program with a long history and is a household name with the public.”

“Newswatch — while an important program — isn’t,” the company said.

Ms. Ahmed, who is a famous presenter in Britain, started presenting “Newswatch” in 2012, and was paid £440 each episode. That rose to £465 in 2015, but that figure was cut short later when presenters were moved onto several contracts.

The BBC issued a statement that Ms. Ahmed was paid the same as her male predecessor when she started presenting “Newswatch,” and added that “News and entertainment are very different markets, and pay across the media industry reflects this.”

However, Ms. Ahmed has earlier sought, and won, backdated pay for her work contribution on programs for BBC radio, where male hosts were being paid between 33 percent and 50 percent more than she was.

In the present case, she had complained to BBC team management before actually taking this issue to employment tribunal, said Michelle Stanistreet, the general secretary of the National Union of Journalists.

“Unfortunately, despite Samira going through a lengthy and frustrating internal process in the hope that a sensible solution could be achieved, the BBC has not resolved this case, and it will now be for the tribunal to determine whether this monumental pay gap is appropriate and defensible,” Ms. Stanistreet added. 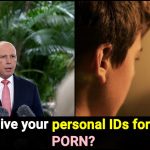 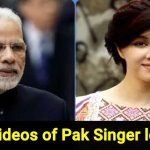