The story of George Stinney Jr is one that still causes deep anger whenever it is told or shared by someone. This story is one of the clear evidence of racism against the Black man in America. Nobody in this world would give capital punishment to the little boy but America did.

George Stinney Jr. was killed in the 20th century in the United States. He became the youngest person to be sentenced to death in the US.

He was only 14 years old when he was executed by the electric chair. During his trial, until the last day of his execution, he always carried a holy bible in his hands, claiming for ‘innocence’.

He was accused of murdering two white girls, Betty (11) and Mary (7) and the bodies were found near the house where the teenager lived with his parents.

During that time all the jurors were white and the trial lasted just 2 hours and then the sentence was handed down 10 minutes later.

The child’s parents were threatened and prevented from reaching out to their son in the courtroom and were then expelling them from that city.

Before George’s execution, he had spent 81 days without being able to see his parents.

He was trapped in a cell, located 80 km from his city. What was shocking and heartbreaking was that he was electrocuted with 5,380 volts in the head.

70 years later, Geroge’s innocence was finally proven by a judge in South Carolina. The beam with which the 2 girls were killed, weighed more than 19.07 kilograms.
Hence, it was literally impossible for Stinney to be able to lift it and everyone there started to blame him just for being black. 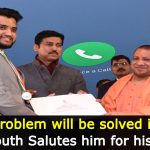 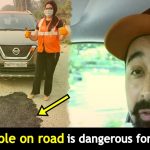