Ajaz Khan who made up his mind to contest the Maharashtra Assembly polls from Mumbai’s Byculla is failing to progress as he currently stands in the sixth position. The controversial actor is trailing the current leader- Shiv Sena’s Yamini Yashwant Jadhav by over 36,000 votes, which clearly goes to show that Ajaz Khan made a poor start to his political career.

According to the election commission data, Ajaz Khan has managed to poll just 1,596 votes to his name. What is even more shocking is the fact that even none of the above (NOTA) option managed to poll 2,103 votes.

Ajaz Khan is well-known for his appearance on Bigg Boss 7. The actor also carries an infamous record of controversies, having been arrested a bit recently for his inflammatory video clip on TikTok, and now he is out on bail.

Earlier, he got into big trouble with the law for physical and sexual assault and drug possession. In the latest development, the BJP-Shiv Sena alliance is all set to form the government in Maharashtra again, with 158 seats set to be clinched by the alliance, which is much more than the halfway mark out of the total 288 seats, needed to form the government. 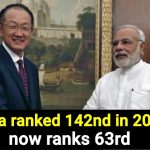 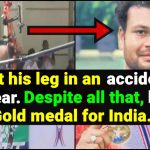