Just hours before her death, former External Affairs Minister Sushma Swaraj, in a conversation, had asked senior lawyer Harish Salve “to come and collect his fee of Re 1” for representing India at the International Court of Justice (ICJ) in Kulbhushan Jadhav case.

While representing India in the Kulbhushan Jadhav case, Harish Salve, who build India’s case from the word go, added that as a lawyer he is blissfully pleased as punch that the International Court of Justice admitted India’s arguments.

Salve also added that Pakistan is certain to give Jadhav a fair trial being held in a military court.

Kulbhushan Jadhav, who is in custody even now, was held by the Pakistani government in March 2016 ‘on charges of espionage’.

In a touching gesture, Sushma Swaraj’s daughter Bansuri on Friday had fulfilled her mother’s last wish.

On Friday, Bansuri had visited the senior lawyer and then handed him a coin of 1 rupee coin to him.

In a recent tweet, Swaraj Kaushal said, “Your daughter Bansuri has fulfilled your last wish today. She has presented Rs. 1 fee to Harish Salve in Kulbhushan Jadhav’s case, which you had left.”

Senior BJP leader Sushma Swaraj passed away at the age of 67 in the national capital on August 6 after she suffered from a fatal cardiac arrest.

BJP stalwart has been under the weather for a long time. She had a kidney transplant three years ago but still had managed to work through her recovery period. 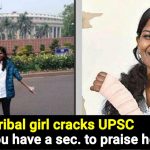