In China’s northwest, the government is removing the most overt (done or shown openly) expressions of the Islamic faith from a picturesque valley where most residents are Muslims. The authorities have demolished domes and minarets on mosques, including one more in a small village near Linxia, a city known as “Little Mecca.”

Similar destructions have been carried out in Inner Mongolia, Henan and Ningxia, which is the homeland of China’s largest Muslim ethnic minority, the Hui. Then in the southern province of Yunnan, three mosques were closed too. Not just that, from Beijing to Ningxia, officials have totally banned the public use of Arabic script.

It is propelled by the Chinese Communist Party’s fear that after the Muslim faith could turn into religious extremism and open defiance of its rule. Across the whole country, the party is now imposing new restrictions on Islamic customs and practices, according to The New York Times.

Haiyun Ma, a Hui Muslim professor based at Frostburg State University in Maryland said: “The People’s Republic of China has become the world’s foremost purveyor of anti-Islamic ideology and hate.”

“This, in turn, has translated into broad public support for the Beijing government’s intensifying oppression of Muslims in the Xinjiang region and elsewhere in the country,” the professor wrote in a recent essay for the Hudson Institute.

China had claimed that it allows freedom of religion, but stressed on the fact that state must always be the first priority. The Ningxia government had asked about its recent restrictions on Islam, adding that China had rules on religious practice just like any other nation in the world.

Mosques that breach the laws such as building codes will be closed permanently, it said, and schools and universities will not allow any kind of religious activities.

“Arabic is a foreign language,” the government added about the restrictions on public signage, emphasising that they had been imposed “to make things convenient for the general public.” 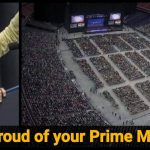 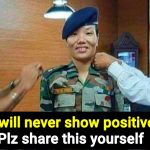