In an unexpected turn of events, a Pakistani analyst on a news channel fell off his chair during a live debate on Kashmir quite recently. A short video clip of the incident is doing the rounds on social media.

The incident took place on September 16 on GTV Live, when the Kashmir issue was being talked about. The video shows one of the analysts, by the name of Mazhar Barlas, suddenly falling off his chair, vanishing from the screen in a matter of seconds. While the other panellist was in shocked, the news anchor couldn’t just control his reactions and was seen biting his tongue.

Many sharing the clip online inquired if the analyst was alright, while others hit out at the anchor for his funny reaction.

Netizens couldn’t stop laughing as they shared memes and jokes about it.

Pakistan senator Rehman Malik’s act left netizens in splits after he tagged the Twitter handle of card game ‘UNO’ instead of the United Nations (UN) while accusing PM Modi of the ongoing situation in Kashmir. 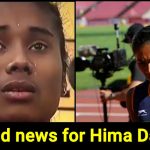 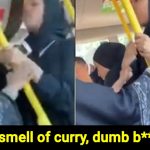