In yet another shocking incident, a mentally-challenged girl was gang-raped at a public park in the national capital and was left to die by the perpetrators on September 16. The victim was found in a semi-conscious state at the Indraprastha Park near the Sarai Kale Khan bus station.

Aged 22-23, the survivor has been moved to a hospital in Delhi where she is undergoing medical treatment. According to a report by Times Now, the girl is in a critical condition.

The incident came to light September 16 when policemen were notified by locals about a girl lying in the bushes in the Indraprastha Park.

“Further inquiry revealed that the girl had been living at the Sarai Kale Khan bus stand for the past few days and had gone for a stroll in the park when she was attacked. Two unidentified men spotted her alone and pulled her behind the bushes where they took turns raping her,” said a report by Times Now.

The perpetrators escaped the spot assuming that the girl is dead.

The girl’s body was spotted by the passersby who soon alerted the police department for further investigation. Reports say that seven police teams have been formed to find and nab the perpetrators behind the barbaric crime.

As per the reports, the survivor is said to be a mentally-challenged woman which is why she is unable to share an ordeal to the police.

Police also found some bite marks on the body of the girl and all her clothes were torn and the girl also faced several injuries.

The matter now is under investigation. 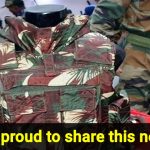