In a shocking incident, a swimming coach in Goa has been booked for reportedly raping a National Junior gold medalist. Apparently, a video of the incident is going viral on social media platforms.

Speaking to news agency IANS, SFI President Digambar Kamat added that he had sought a report from the state body about the incident.

“We have taken a suo moto step after the video surfaced online. We don’t yet know where the incident took place, but we are trying to find out,” Kamat said.

A News18 report quoted the victim’s Facebook post. The caption reads: “My coach used to touch me and physically assaulted me. I have decided to reveal this because I want to save many other girls who may have gone through the same ordeal. Shockingly, when I went to the police station, they told me to lodge a complaint with the Goa police.”

Filmmaker Vinod Kapri uploaded images of the video and had also tagged Sports Minister Kiren Rijuju, seeking strict action against the coach for his inappropriate behaviour.

Rijiju tweeted in response: “A stringent action will be taken through Sports Authority. Firstly, it’s a heinous crime of serious nature so I’ll urge the Police to take stringent penal action against the coach urgently.”

On Thursday, Rijiju had directed the SFI to make sure that the “coach is not employed anywhere in India, “I’ve taken a strong view of the incident. The Goa Swimming Association has terminated the contract of coach Surajit Ganguly. I’m asking the Swimming Federation of India to ensure that this coach is not employed anywhere in India. This applies to all Federations and disciplines,” Rijiju tweeted.

A case has been registered under IPC sections 376 (rape), 354 (molestation) and 506 (criminal intimidation), as well as under the Protection of Children from Sexual Offences Act (POCSO) and Goa Children’s Act against Ganguly, reports News18. 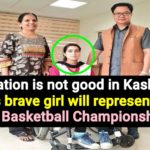 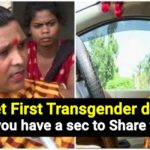